WOMEN AT THE END OF THE 19TH CENTURY

One of the main reasons that made me write this novel was my interest in the situation of women in this age so turbulent. Show it on the various female characters was a real challenge.

A well to do woman of Barcelona at the end of the century was naturally destined for marriage. It was really her only means of survival. Her education revolved around the home and a few arts such as music and drawing. She married young. If she reached thirty without having found a husband, a harsh future awaited her. Her parents would intervene in the decision around her future partner excluding all those who they didn’t deem to be appropriate and in a few cases “recommending” the best option. They were more often that not marriages of convenience, and it was assumed that love would follow suit, as a result ofliving together; the upshot was that many led a solitary and difficult life. Once married, the women kept busy fulfilling their maternal duties and looking after the home, and they rarely entered the outside world other than on special occasions, usually religious events or festivals.

The celebration of the World’s Fair had an influence on the life of women as for the first time it paid some to assist the visiting public. When the event was over, these women joined their respective companies’ workforce. A lot of dispute and discussion followed; the change meant a significant step that showed that there were other options for women, and strengthened the voices of the advocates for progress and a greater role for women in other facets of daily life. However, it was only the beginning, and women continued to have a second-class role in society for a long time.

Gender equality was enjoyed, in the most ironic sense, by women of the lowest social classes, since they usually worked themselves to exhaustion in a factory, like their husbands, then having to attend to the needs of the starving children when they got home. 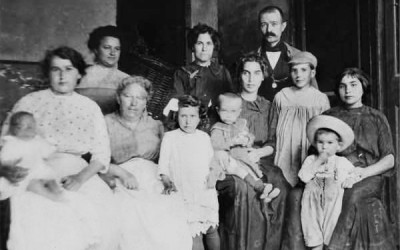 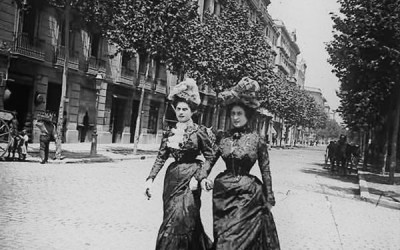 Medical schools were closed to women until the second half of the 19th century. If any woman studied medicine she did it surreptitiously; the most curious cases of this was that of James Barry (1797-1865), a medical official from the British Army who enjoyed a notable reputation as a surgeon for 50 years. When he died, the autopsy revealed that he was in fact a woman; the department of war and the medical association were so dumbfounded that the discovery was not revealed and Doctor Barry was buried as a man.

At the end of the 19th century, universities in various countries across the world admitted women as students and even as professors and medical practitioners; however, this fact was met with much resistance, giving rise to some mortifying situations, like catcalling from male students in class, or the use of room dividers to separate the class into men and women.

The women of Spain were not immune to this treatment. Three courageous women stand out as pioneers in medicine:

Dolors Aleu i Riera is considered to be the first female Catalan doctor. She entered the Faculty of Medical Science in 1874 and even though she finished her studies in 1879, she wasn’t allowed to take her final exam in medicine until three years later, becoming, in 1882, the first female to qualify from medical school in Spain. That same year she gained the title of doctor with the doctoral thesis “On the need to reassess the education of women’s moral-hygiene.” Almost at the same time Martina Castells i Ballespí received her degree. She specialized in paediatrics and was the first woman in the country to obtain her doctorate, a few days before Dolors Aleu. She died prematurely before being able to practice, the victim of nephritis which occurred during her first pregnancy. The last, María Elena Maseras Ribera, was the first woman in Spain to step into the classrooms of the Faculty of Medicine as a student. Like Dolores she had to wait three years before being allowed to take her exams. Disheartened by the bureau critic hurdles that practicing medicine as a woman entailed, she decided to become a teacher instead.

Of the three, only Dolors Aleu i Riera ended up practicing the profession and she had her own practice in Barcelona for 25 years, was professor of domestic hygiene and was also the author of instructive papers, aimed at bettering women’s quality of life, especially in and around maternity.